What is a Seismometer? 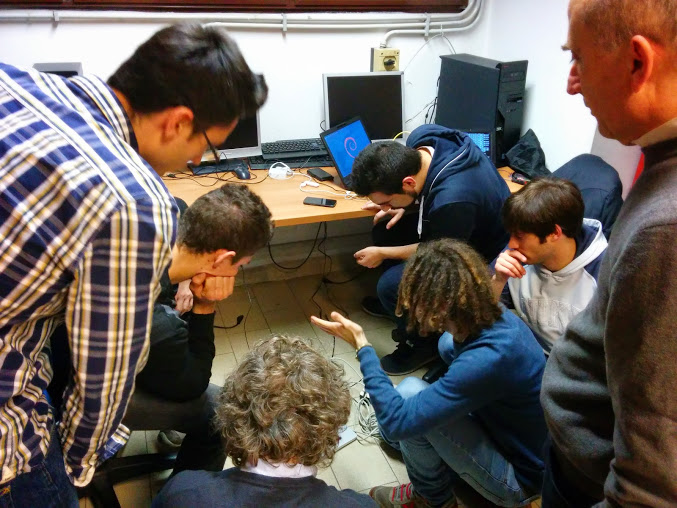 A seismometer is a vibration tracking and detecting device. Modern seismometers store samples in a digital format that can be analyzed by a computer later (to understand which kind of vibration was recorded). The word “seismograph” indicates the machine that registers vibrations with a pen on a roll of paper but they’re not used anymore.

It’s a seismometer built with cheap and inaccurate technologies (as compared to a certified/real seismometer). The high volume of detections allow us to estimate if an earthquake is taking place. By now we have two types of seismometers: fixed seismometer, that needs an ethernet connection and wall-mounting; and mobile, implemented within Android app. Every Android smartphone with SeismoCloud app installed can detect vibrations while the phone is placed on a horizontal surface (i.e. a table).

The mobile App uses phone sensors (accelerometer and magnetometer) to measures vibrations and sends detections to SeismoCloud server. Vibration detection take place only when the smartphone or tablet is unused and placed on a horizontal surface, to save battery power. If a high number of app-seismometers in a restricted area detects a vibration at the same time, and our server algorithm decides that it’s an earthquake, then Mobile Apps in a range (e.g. where the earthquake can be dangerous) is warned with an early warning. All you have to do is download the app from Android Play Store or Apple App Store.

Istructions: you can find the assembly instructions and the shopping list by clicking here!

The source code is on Github at: https://github.com/sapienzaapps/seismoclouddevice-nodemcu

… but you can build a fixed seismometer prototype yourself on different platforms, we’ll be happy to have it linked!

At this point, all you have to do is to install your seismometer to a wall (if possible a bearing wall) and connect it to ethernet and power supply.

I’ve built the accelerometer. Now what?

To activate you seismometer, you need to install and open SeismoCloud application on youy smartphone and register the seismometer. Your phone became the “owner” of that seismometer and only you have the permissions to deactivate it or change its position. Other phones can add your seismometer to their list but only to see last activities.

I have a Raspberry Pi, can I use it?

Yes! Code and build instructions are on Github at: https://github.com/sapienzaapps/galileo-terremoti

Where are Arduino Uno and Intel Galileo?

Unfortunately, Arduino Uno doesn’t have the resources to remain in the network, and Intel Galileo was recently deprecated from Intel.